Inlay, Onlay, Overlay are ceramic aesthetic restorations for tooth reconstruction that are primarily used for back teeth such as molars.

Inlay, onlay and overlay are ceramic dental restorations that are placed between the filling and the crown according to their appearance and function. They are used for tooth restoration and are an excellent alternative to classic crowns in cases where there has been major tooth damage, and tooth damage does not require making a dental crown. 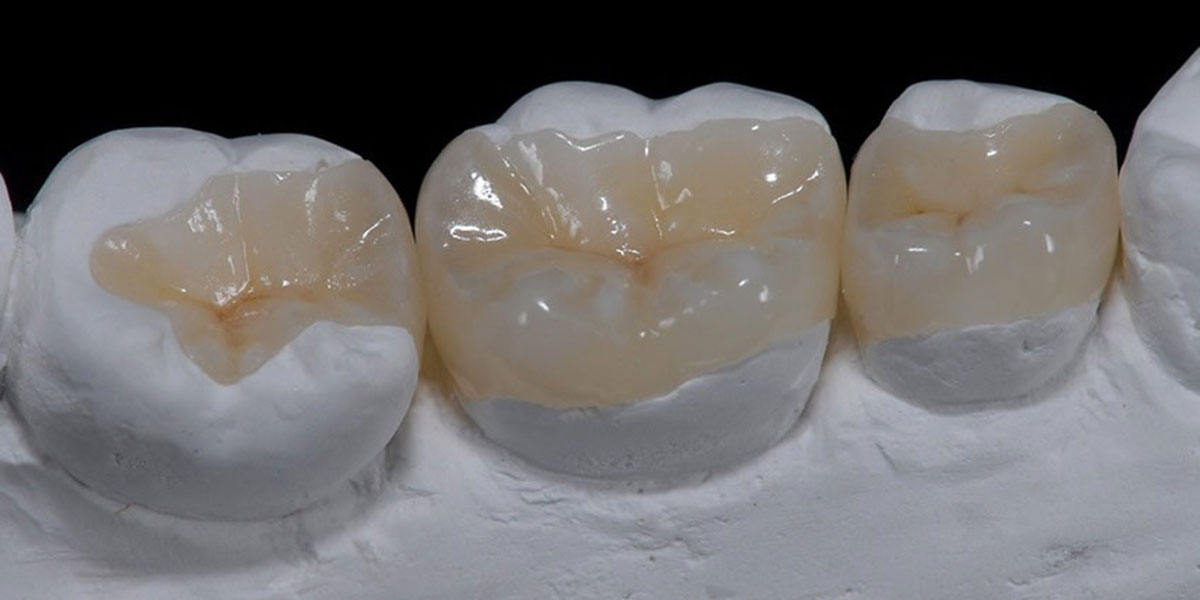 In this way, we preserve the aesthetics, but also the greater volume of the natural dental crown. This type of prosthetic replacement is used primarily on posterior teeth, while ceramic veneers are used as an aesthetically superior option for front teeth.

IPS Empress and IPS e.max, inlays, onlays and overlays are used in the Ereš-Dugalija Practice.

The types of indirect fillings

The types of indirect fillings differ according to the surface, but also the type of dental structure they replace. Inlays replace the central part of the tooth and are located within solid tooth structures. They do not cover the teeth. Onlays, on the other hand, cover a larger area: the inner part of the tooth and one tooth cube. This means that, in addition to the internal dental tissues, they also cover part of the biting surface. Overlays cover most of the biting surface (central part and two or more nodules). Although sometimes described as partial crowns, they differ from crowns in the surface they cover, as well as in the type and extent of natural tooth preparation. When placing an overlay, we preserve a higher percentage of the natural dental crown

Ereš-Dugalija Dental Medicine uses the most modern CAD / CAM technology in the production of prosthetic replacements, which facilitates the manufacturing process and guarantees the highest precision and quality in the production. Using CAD / CAM technology, the dentist is in complete control of the final result, and allows the tooth to be of ideal shape, size and color. This method of making prosthetic replacements allows for making with minimal assistance from a dental technician.

This 3D model of prosthetic replacement can be further corrected according to the patient's wishes or according to the dentist's recommendations, resulting in a final product that always perfectly matches the aesthetics and strength of each patient's natural teeth.